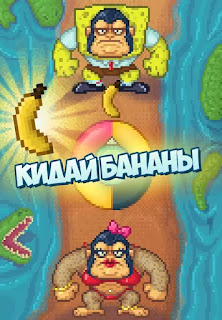 <div style=”clear: both; text-align: center;”> <div style=”text-align: left;”><a href=”http://footchinko.com/wordpress/game/pocahontas-slots/”>Pocahontas Slots</a> license is now available. Watch the video to see the features of the game or play it <a href=”http://coldcherry.com/test/PS/” target=”_blank” rel=”nofollow noopener”>here</a>.</div> <div style=”text-align: left;”>Just drop a line at info[at]ravalmatic if you think it may look cool on your website.</div> </div> We are about to release Pocahontas Slots, a HTML5 slots machine available for non exclusive licensing.
The game mechanism itself is not particularly complicated, but instead, lots of work came from the visual effects tweaking and final polishing. You’ll certainly notice that once you play the game, specially if you are familiar with the current state of HTML5 games.
https://www.ravalmatic.com/wp-content/uploads/2014/05/pocahontas.jpg 512 512 Javi Sanz https://www.ravalmatic.com/wp-content/uploads/2016/08/ravalmatic_logo.png Javi Sanz2014-05-15 11:23:002016-11-18 19:45:30Pocahontas Slots an HTML5 game about love, freedom and golden coins

Finally and thanks to Ravalmatic, your secret fantasy of being becoming an alien single mom is virtually at stake. Hatch the eggs, place them carefully and give them your sweet caring love… after all they are your passport to expand your hive all though the galaxy.

We are selling non exclusive licenses, so if you are interested in acquiring this cute weird little game just send us a message.

You can play it HERE. At the moment we are hatching these precious purple eggs at the studio. Having tea while sitting on an egg is a mind widening and pleasant experience for us. Also, the luminiscent green ooze gives us a very optimistic feeling about the creatures brewing inside. But I must admit there’s a bad point in all this situation: having someone else’s sticky slime in the crotch… (¬ -¬)”
More news soon!
https://www.ravalmatic.com/wp-content/uploads/2014/03/alien_eggstatic.jpg 512 512 Javi Sanz https://www.ravalmatic.com/wp-content/uploads/2016/08/ravalmatic_logo.png Javi Sanz2014-03-26 18:03:002020-02-21 21:26:52We're eggstatic with our new HTML5 game!
Scroll to top